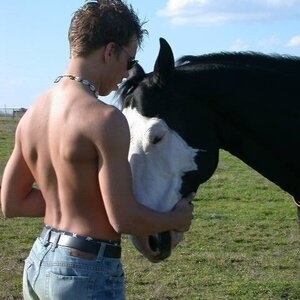 Join us for a screening of the documentary film, Texas Justice: Brandon Woodruff. Richard Ray and Scott Poggensee, co-producers of the film, will be in attendance for a Q&A after the screening.

Attendance is free, but you must reserve tickets, as seats are limited. Paid parking is available in the UHD Visitor Parking section of the Welcome Center Garage (201 Girard Street, Houston, TX 77002) and also in the paid lot across the street on Girard (lot 47802 in your ParkMobile app). Event is in the Wilhelmina Cullen Robertson Auditorium on the third floor of the Academic Building (adjacent to the South Deck that overlooks downtown). Film is just under two hours long, and Q&A will last 30 minutes immediately afterwards.

In October of 2005, Small-Town East Texas prosecutors charged Brandon Dale Woodruff — then a 19-year-old freshman at Abilene Christian University — with murdering his parents Dennis and Norma. Unable to make the $1 million bail, he sat in Hunt County Jail for more than three years awaiting trial.  When the case finally was presented to a Greenville jury in northeast Texas, the prosecution essentially posited during the 12-day trial that Brandon Woodruff was living a double life. The prosecution surmised that if Brandon could "lie about something small like his sexuality, then he can lie about something big" [like killing his parents].  Faced with flunking out and returning home to a hick town, the prosecutors argued that Brandon killed his disappointed parents for their life insurance so he would be free to pursue his gay life with carefree abandon.

On March 20, 2009, the jury convicted Brandon Woodruff after only five hours of deliberation.  The state earlier had waived the death penalty, and he automatically was sentenced to a life term behind bars, without the possibility of parole. This documentary exposes the gay bias that went on from the investigation all the way through the trial. No one should ever go to prison for the rest of their lives because they were going through a very normal "coming out" process. This film examines why that happened in this case.

About the Co-Producers (30-minute Q&A with Messrs. Poggensee & Ray immediately following the film)

For many years, first-time filmmaker Scott Poggensee and a small group of friends and family waged something of a crusade in the defense of Brandon Woodruff. To help in their efforts Poggensee produced a documentary to show to supporters. In doing so he uncovered a series of lies and deception that bent the truth that led to the conviction of Brandon. This documentary will be used as the foundation of our series. In late 2020, Poggensee’s film came to the attention of Emmy winning journalist and documentarian Richard Ray. After examining the evidence, Ray agreed to help produce and write a documentary series. Since then both the Innocence Project of Texas and Lamda Legal have signed on, offering Brandon’s appellate lawyer assistance. The Free Brandon Woodruff movement grows by the day.

Richard Ray is a five-time Emmy winning TV journalist and documentarian who spent 36 years as an Anchor/Reporter at KDFW-TV in Dallas/Fort Worth. He covered the Contra War in Central America and won Emmys for his coverage of the Oklahoma City bombing, the standoff at Waco and and the JFK assassination. He won numerous other awards, including those for his work on the Waco Standoff and the South Asia tsunami. Ray became interested in Brandon’s story in late 2020, after seeing Scott Poggensee’s rough cut documentary and listening to the American Justice Podcast. Ray’s examination of the evidence has since led him to join the movement to get to the truth.

Click on the red "REGISTER" button in the upper right and follow your way through registration/ticketing until you get your confirmed ticket(s) in your email inbox!