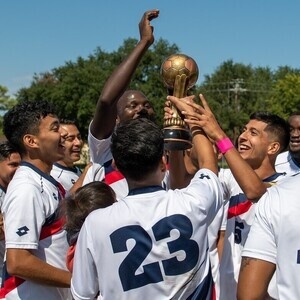 UHD Men's Soccer, fresh off the 2019 HCSC Championship advance to the NIRSA Region IV - South Tournament (Men's Soccer) at the University of Texas-Dallas to take on the best collegiate club teams from Texas and Louisiana.  UHD is one of the two men's teams from Houston that advanced to regionals with Rice University being the other.  This is the team's first regional since 2016.  The tournament is a pool play format followed by two elimination games in order to receive an automatic bid to the NIRSA National Soccer Championships Nov 21-23 in Round Rock, Texas.

Tulane University (6-0-1) is #9 in the NIRSA Region IV rankings.  The Green Wave was the regular season leader in points in the Collegiate Soccer League of Louisiana but they lost to Louisiana State University 2-0 in the conference tournament final.