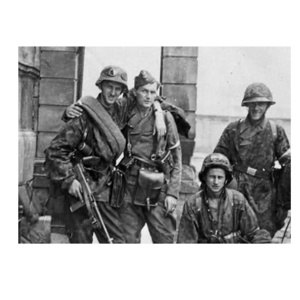 "First to Fight" Commemoration of the Battle of Poland

The First to Fight display, which commemorates the 80th anniversary of the Battle of Poland and the start of World War II, will come to UHD in December.  The opening program -- which will include remarks from Drs. Bielakowski (UHD Assistant Professor of History) and Linantud (Associate Professor of Political Science) – is open to the public.

Light refreshments will be served.

The College of Humanities and Social Sciences thanks Consul General Robert Rusiecki and the Consulate General of the Republic of Poland in Houston for selecting UHD as one of the sites to host this commemoration of this important moment in world history.    Support for this program is provided by the William Brigman Endowment.